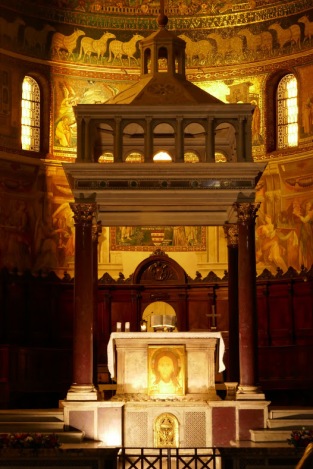 The theme of the readings today is prayer. From the Old Testament reading, we are comforted to know that all prayers reach the ears of the Almighty. St. Paul’s second letter to Timothy demonstrates how prayer must be at the center of the disciple’s life. In the gospel from Luke today, Jesus warns us about the posture and the perspective that our prayers should take.

I’d like us to think about three aspects of our prayer lives which these scriptures bring to our attention. The first word is perseverance, or we might say persistence. From the book of Sirach we see that, “the prayer of the lowly pierces the clouds, nor will it withdraw till the most high responds.” We are told that the widow’s cry is heard. We are told that the Lord is not deaf to the wail of the orphan. END_OF_DOCUMENT_TOKEN_TO_BE_REPLACED 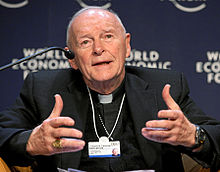 Some time ago, a bishop on Twitter tried to put me in my place by reminding me he had been a priest and bishop for more than 30 years. Instead of making a real argument, he chose the common social media debate strategy of intimidation and rebuke. This particular priest and bishop is a good man, and a good priest, and no doubt a good bishop. He has been seeking his God his entire life, and he has in his ministry as priest and bishop been seeking to draw others to God.

Twitter is a social medium that invites participants to give into the temptation of malice and wrath rather than to build up the kingdom of God through charity and truth. Though I thought he had a poor argument, I chose not to respond to the Bishop’s rebuke, but gave him a like to indicate my affection and respect for him.

In a more deliberate social medium, I might have chosen to pursue my argument in the discussion, but Twitter is not any good at deliberation. It is an exclamatory platform. In this social medium, where the author can collect and present his view with more deliberation, I am responding to the ad verecundiam material fallacy used by the good Bishop. The Bishop said he had been a priest and bishop for more than 30 years, but an appeal to authority and power and reputation no longer works since the laicization of Theodore McCarrick. McCarrick had been a priest and bishop for 60 years, and is no longer either because he was exposed as a deeply wicked man. McCarrick has obliterated for all priests and bishops any reliance on a man’s office as proof of his argument.

Based on this Bishop’s use of his office and ordination as the effective tool for argumentation, I fear that the lesson of McCarrick has not yet been learned by most of the presbyteral and episcopal ranks. The truly good bishops and priests will be those who decline to be called Monsignor or Your Excellency but only Father. The McCarrick effect is to have destroyed in the minds of the faithful any reason to trust and believe in the officeholder by virtue of the office he holds.

The renewal of the church will come about with the renewal of the priestly caste. Holy men, humble men, men lacking ambition who see their priesthood as a ministry of sacramental service rather than a career ladder they may be able to climb, will be the beacon of the light of Christ that the Christian faithful will follow through the darkness of the world.

We should pray that all priests, and all bishops, learn the lesson of McCarrick and reorient their ministries to be less about their office and more about their message. When our Lord sent out the 70 disciples, he sent them with a message rather than with an office. May all our disciples be guided by that example.