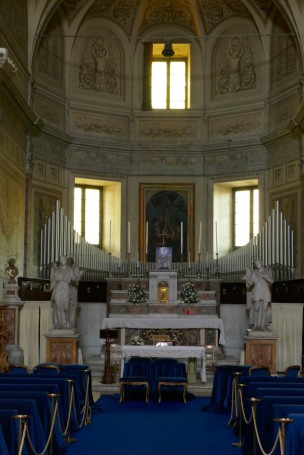 Last Sunday we wrapped up the season of Christmas and Epiphany with the Baptism of the Lord, and now we have entered the Sundays in Ordinary Time. Father reminded us last Sunday that all of us participate in the common priesthood and the three-fold office of Priest, Prophet, and King by virtue of our Baptism.

In the season of Epiphany, we were shown the reality of Jesus as God when the angels sang from Heaven to the shepherds at Christmas, when the pagan men of learning from the east were shown the king by following the star, and when the nation of Israel was shown the Holy Spirit descending like a dove as Jesus came up from the waters of baptism.

Now, as we enter Ordinary Time, we have a role to play in the epiphany, the revelation or manifestation – for that is the meaning of the word epiphany – the epiphany of God active in the world. Ordinary time doesn’t have the sizzle of the other seasons of the Church year. Ordinary sounds not interesting, plain, just a lot of gray when we have been so used to the colors of Christmas. Even the weather seems to cooperate with this. In late January, the skies are rainy and cloudy, and the trees do not have leaves on them, so the bare limbs look kind of bleak against the washed out winter sky.

We are baptized into the common priesthood, but consecrated priests, Father Neil and Father Valery, have their particular priestly duties they must perform every day of the year. They offer the sacrifice of the Holy Mass for us, and they pray for us in the Divine Office. They bring God’s healing grace to us in the sacraments of spiritual and physical healing.

While we do not do precisely the same things our consecrated priest do, we should be doing those sorts of things. We, in our common priesthood, are to offer our own personal sacrifices, to pray, and to bring God’s grace to a world that really needs it. And we have to do it even when the skies are gray, and the days are still short, and the the Lights of Joy have been turned off.

The scriptures today all speak to this theme. Isaiah, the prophet in the Old Testament reading today, is told by God he was “formed as his servant in the womb that Jacob (or Israel) may be brought back to him, and he will be light to the nations that his salvation may reach to the ends of the earth.” A prophet is one who must show the wayward people the true path of justice, and teach the people about the saving power of the one true God. All of us are called to manifest God’s justice and his mercy to an unbelieving world, which means we need to do it outside of the walls of this building. That is part of our mission, of what we are sent at the end of Mass to do.

St. Paul tells the church in Corinth why they were called out. (The greek word for church is ecclesia, which means “ones who are called.”) He identifies them as “you who have been called to be holy.” Our holy priests had nearly a decade of formation before they were ordained, but their holiness comes from the same place ours should. It comes from us saying “yes” to God’s invitation to live better lives. He loves us where he finds us, and he does not judge us. But he always offers us something better. That better life he invites us to is a life lived in an intimate relationship with him, and if we commit to being priest, prophet and king in our particular way, we will become more holy. Holiness is the outcome of a life of prayer, sacrifice, learning, and discernment. It is the outcome of the life of priest, prophet and king during the ordinary times of our lives.

John the Baptist explains that the reason he came baptising was that Jesus might be made known. God rarely visits his creation directly. He mostly uses intermediaries as he used John the Baptist. He sends prophets much more often than he rests upon a mountaintop as he did at the Transfiguration. He sent this community these consecrated men to serve us as priests, and he sends all of us out to the world to consecrate it through our priestly, prophetic, and kingly actions.

Ordinary Time gives us a chance to practice the virtues that lead to the Holiness we are called to, the Holiness for which we were made. As Dr. Paul Thigpen noted in his pulpit announcement two weeks ago, we have weekly times when we can learn about the scriptures on Sunday mornings and we can learn more about prayer on Wednesday evenings. We will be better prophets and teachers if we know more about our faith, and we will be better priests and prayers if we know more about how to pray. If we make a habit of regular confession, we may find we are better kings and judges in our families and workplaces because we are spiritually closer to the true King and the God of true justice.

Ordinary Time is a time for us to develop our common priesthood, to equip ourselves so we can be a light to the nations, so we can answer that call to be holy. Let us offer our sacrifices and prayers as Father offers the sacrifice of the Eucharist at the altar. Fortified by the grace of God we receive through the Mass, let us go out and make ordinary Time a holy time.